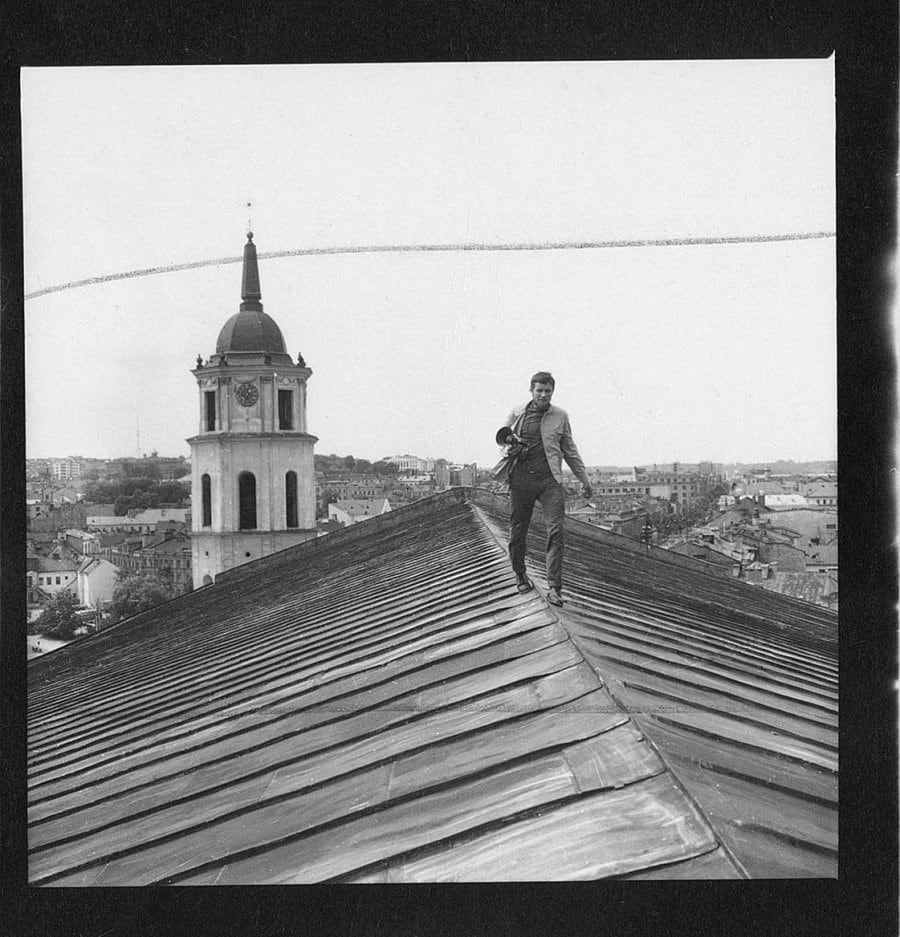 Vitas Luckus was too revolutionary a photographer to be accepted. But his is no ordinary rebel’s story.

The further away we get from a specific time, the harder it becomes to understand that time. This effect is called historical distance; and the ‘distance’ describes not just being removed from a time or a location, but from the ideologies and world views that shaped it.

When I first read about this, I was fascinated. Is it really so difficult to understand another time, even if we have historical records to understand the context and photos to see the moments?

There’s something counterintuitive about that, I admit: In hindsight, things usually become easier to understand. That’s because we take what we know about history and assemble it into a picture of what happened. Or we look at the pictures of that time and make sense of it by what’s frozen in the frame.

Images are seductive like that. They create the impression that there’s no historical distance worth speaking of. That the past is like an illustrated story with just one possible conclusion.

A rebel against convention itself

Let’s begin with the ending, then. Let’s start by saying that Lithuanian photographer Vitas Luckus died after jumping out of the window of his 5th floor apartment in the winter of 1987. That his wife found him in the snow.

Seconds earlier, Luckus had committed murder: There was a visitor at his place, and there had been an argument, reportedly about his photography. Luckus stabbed the visitor with a kitchen knife, only to realize that the guy was a KGB agent and there would undoubtedly be consequences. He chose death over punishment.

Nobody quite knows what caused him to snap, but it’s safe to say that Vitas Luckus and his work had never quite fit in. Maybe there was frustration, maybe provocation. What we do know is that he had been a rebel all his life, even though he was born in 1943 and grew up in a repressive Soviet state.

His rebellion wasn’t so much political, it was rather a rebellion against convention itself. The photographer wanted to see the world differently, rattle the bars of normal life. It set him up for conflict, but it’s also what made his photography so unusual, and so great.

Luckus’ pictures are raw, they are taken right in the action, and while some of them have the quality of a snapshot, they bear witness to a great eye, to someone who was looking to picture reality in an authentic and unobscured fashion. These are the pictures of someone with a passionate to see reality differently. 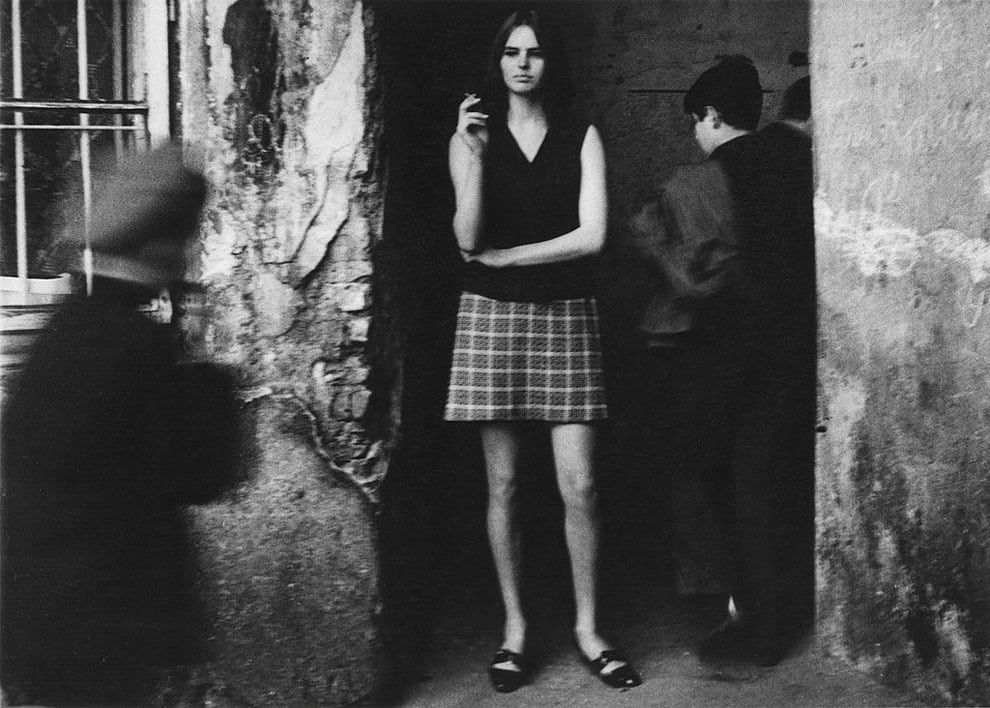 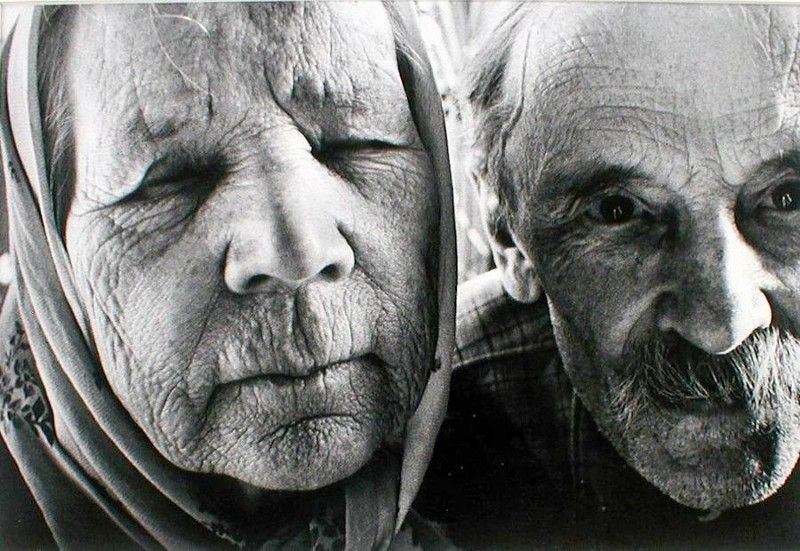 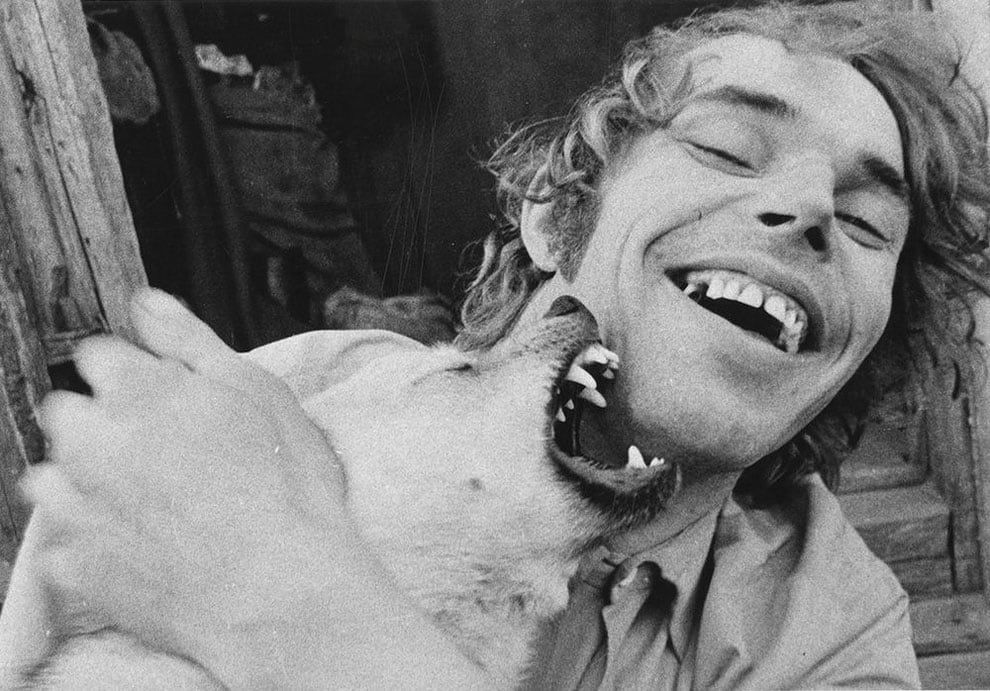 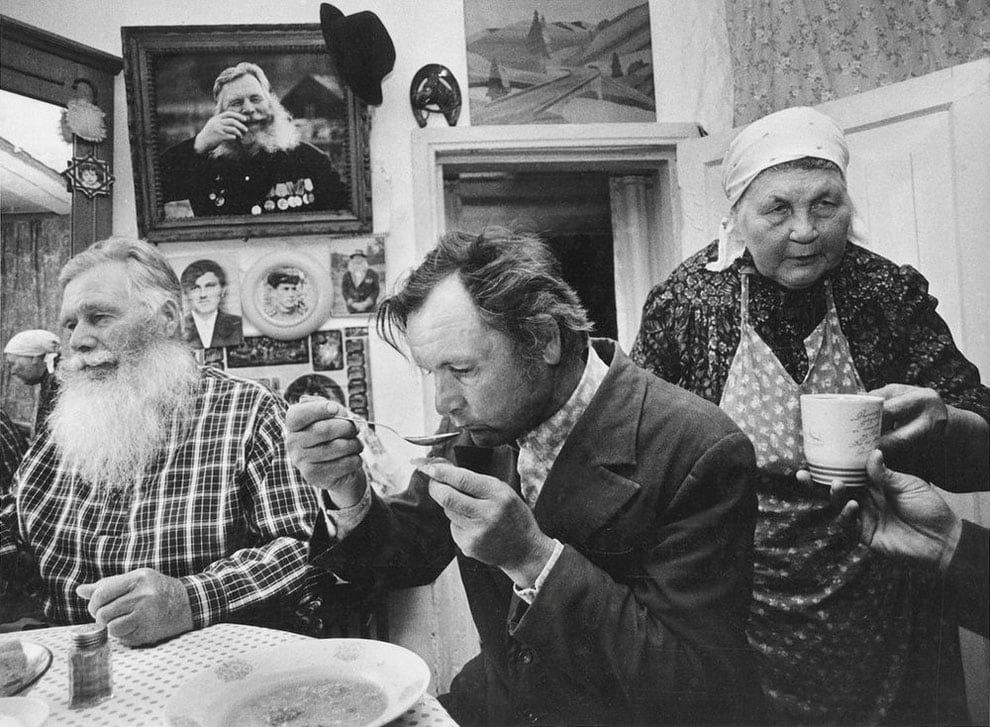 Despite of all that, you’ve probably never seen any of his pictures. Never heard of the photographer and his peers. Neither had I, until a few weeks ago. Photography is so dominated by iconic figures that some never reach fame, no matter how great they are (or once were). It certainly doesn’t help Lithuanian photographers’ cause that they were obscured by the iron curtain most of their working lives.

The former Eastern Bloc is no longer hidden but still overlooked. In their small Baltic country, Lithuanians carved out their own visual language. Heavily influenced by Henri Cartier-Bresson, they produced rigid, black and white reportage. Photographers captured everyday life in Lithuania with technically perfect shots that had a sober formality to them. 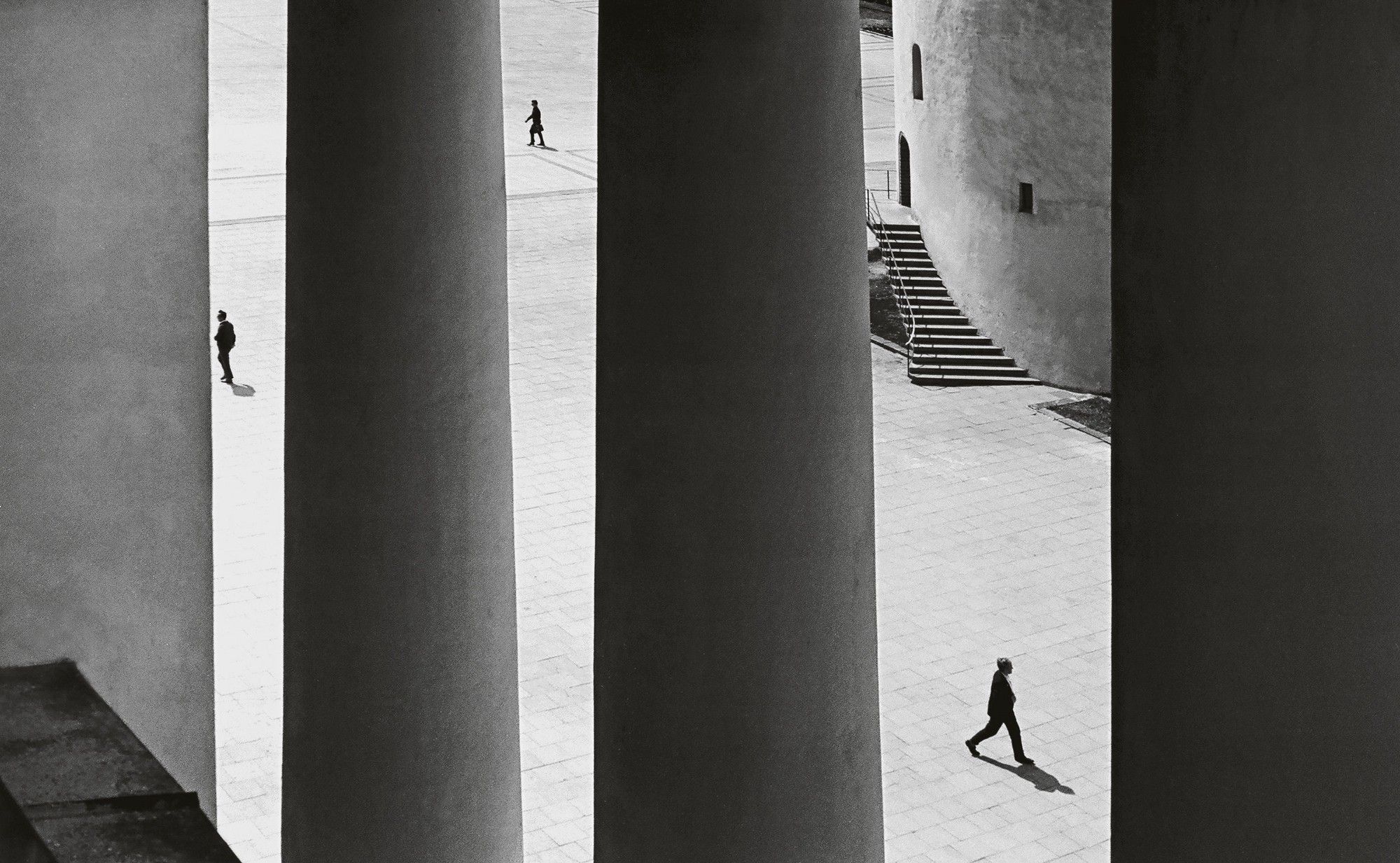 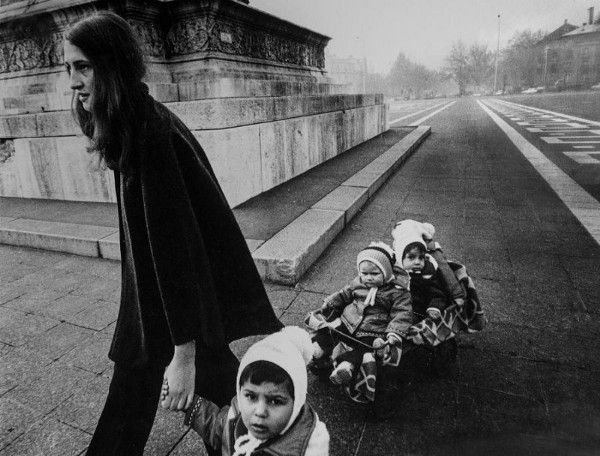 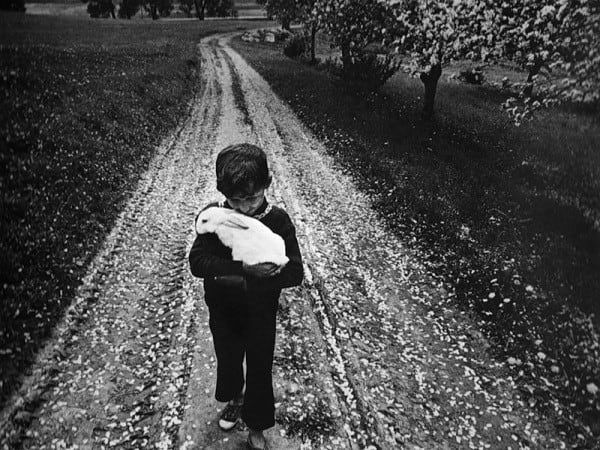 But the formality of this ‘Lithuanian School’ wasn’t just driven by aesthetics, it had a political component as well: Under strict control from Moscow, Lithuanian photographers — like those other states — were under pressure to show life in the Soviet Union in a good light.

Vitas Luckus wasn‘t having it

That means this strict formality of the Lithuanian school I discovered was really a corset: It defined strict boundaries within which photographers could artistically express themselves.

Vitas Luckus wasn’t having it. Just like he challenged convention, he challenged the notion of what photography should do. For him, it wasn’t just about capturing what was there like a reporter and other photographers of his time did. He saw photography as a medium for intense creative expression, for capturing his unconventional view of the world. 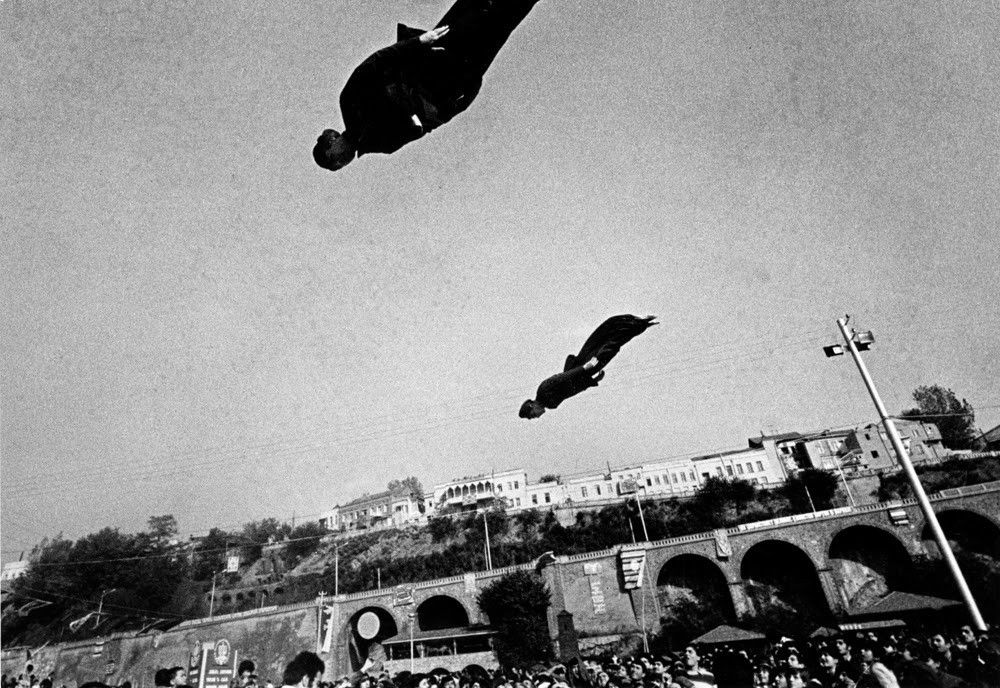 That’s why his photos were so different. They use strange angles and subjects. Some shots are chaotic. Many involve nudes. And some are made up of vintage photos that he cut apart and reassembled. He took the Lithuanian school and built on top of it, creating what the Russian writer Anri Vartanov has called “lyrical reportage”. The photos use their quirkiness to suggest that life isn’t all systemic and orderly, no matter what the authorities might say. 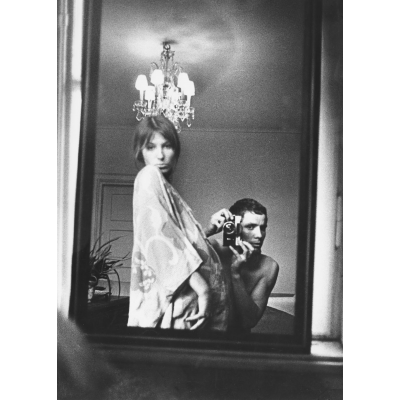 (Fig. 9: Vitas Luckus and his wife Tatjana, in a self-portrait)

Luckus himself once wrote “the camera allows me to reflect my feelings.” And he had lots of those: According to the people who knew him, he was an intense human being. Driven by a mad desire to work, he sometimes didn’t sleep for days, spending nights in his darkroom developing photos. He was a passionate lover, according to his wife Tatyana and the letters he wrote to her.

He spontaneously traveled much of the Soviet Union, kept a lion cub as a pet, lived the wild life. Driven by a desire to leave normalcy behind. As a friend put it, “always overwhelmed by emotion”. That also made him impulsive, a heavy drinker, immune to authority. His first brush with the KGB came when he took illegal leave from his military service to see a photo exhibition in St. Petersburg.

I get the impression that photography was his way of breaking out, and at the same time a way to exorcise his demons. There’s feeling that shines through. Positive feelings like passion for living life to the fullest, or joy about being in love. But also uncertainty, a feeling of not fitting in, not quite fulfilling expectations. Another Russian writer, Lev Anninsky, has called it a “feeling of insurmountability”. It makes the photos bittersweet.

We can see the same duality in Vitas Luckus’ career. He was a founding member of the Lithuanian photographer’s association. His early work was selected for a show in Russia, where ‘Nine Lithuanian Photographers’ were shown to great fanfare in 1969. But soon enough, his work started being considered overly risky. His work was never shown again: Sometimes because exhibitors were overly careful. Sometimes because they rejected an individual picture of his, to which he reacted by pulling all the others. 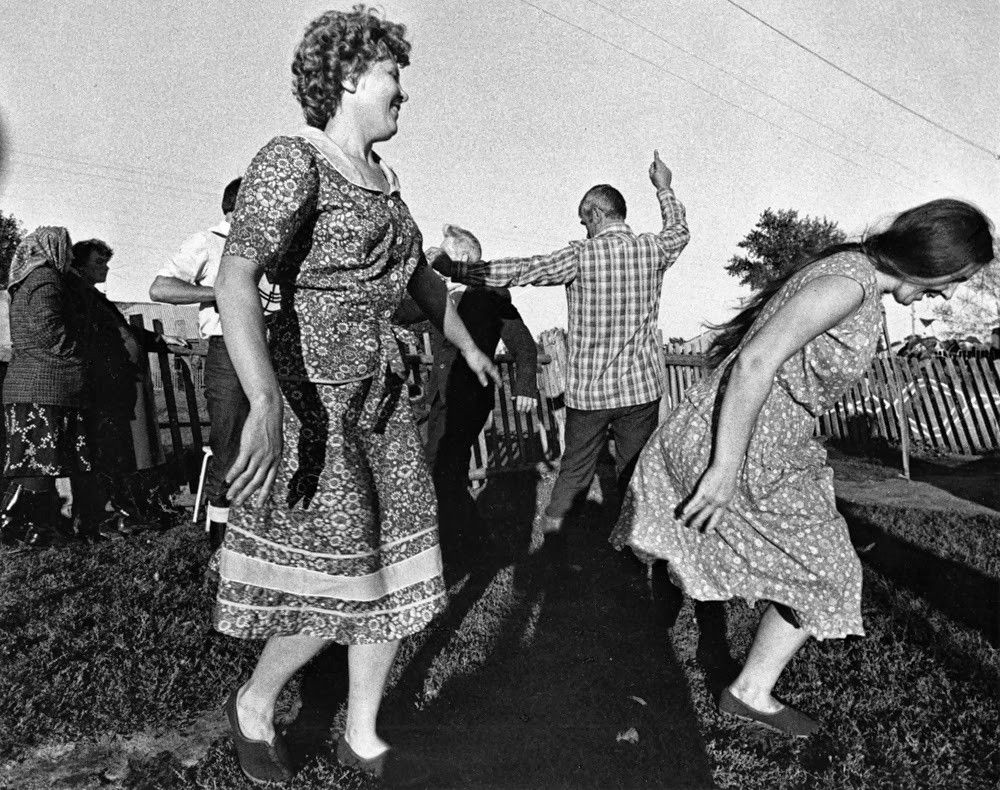 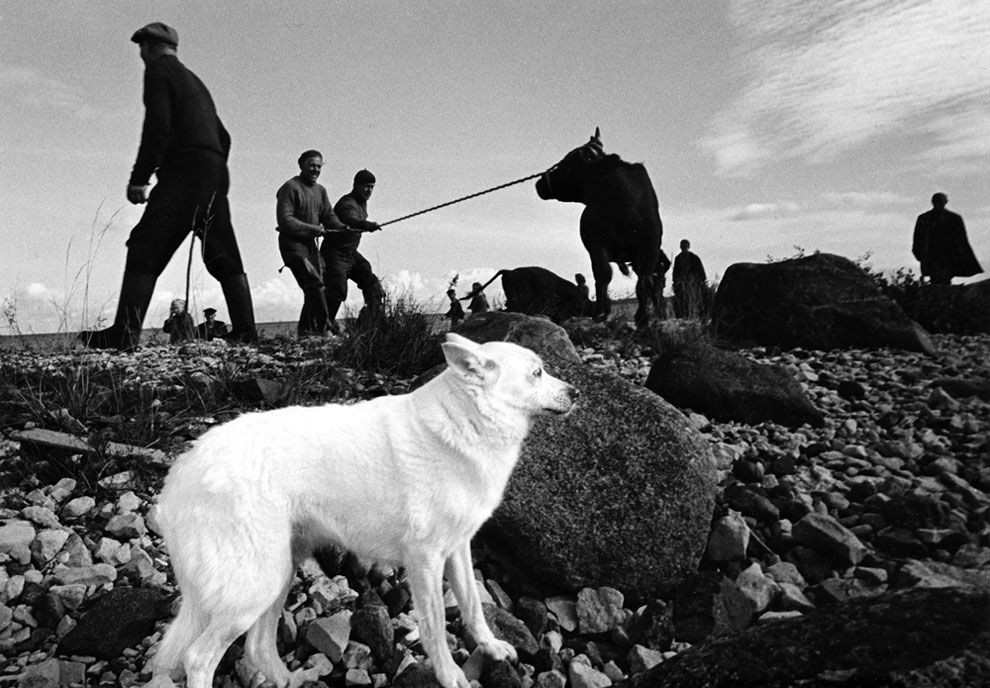 It was all or nothing for him, and so Vitas Luckus’ became a revered outcast: His peers loved his work, but the public never got to see it. He had friends in the high echelons of Soviet photography, but those friends then refused to exhibit his work, even when he donated it to the museums they ran.

Vitas Luckus’ life ended with an argument about photography on that winter night in 1987. And while gruesome, it suddenly seems comprehensible. Here, was a visionary artist, weighted down by a system, who ultimately cracked under pressure.

Yet I don’t think it’s that simple. Vitas Luckus lived in a place and a time so different from our own that I don’t think we should just it file away as yet another rebel’s story.

Look, I wanted to understand the conditions. I even went to Lithuania and visited Luckus’ home town. I saw an exhibition of his work at the Kaunas photo gallery, and walked through the streets in the pouring rain. But the Lithuania I visited didn’t give me any clues. It is, of course, in the same place, but it runs on a completely different source code. The historical distance felt insurmountable.

And so for me, this story has two sides. It tells us something about a fascinating photographer and the conditions that might have shaped him. But it tells us just as much about how we try to assess the lives of historical people, based on the pictures we see or form in our heads.

The past isn’t just a story. It’s the outcome of many tiny moments, decision, conditions, circumstances. It is what happens when a person is out there in the world, tries to make sense of it, and is touched by many other lives in the process. There is no foregone conclusion.

So I’m going to leave you with something Vitas Luckus’ widow said, many years later, when she referred back to the years of an all-too short life together. 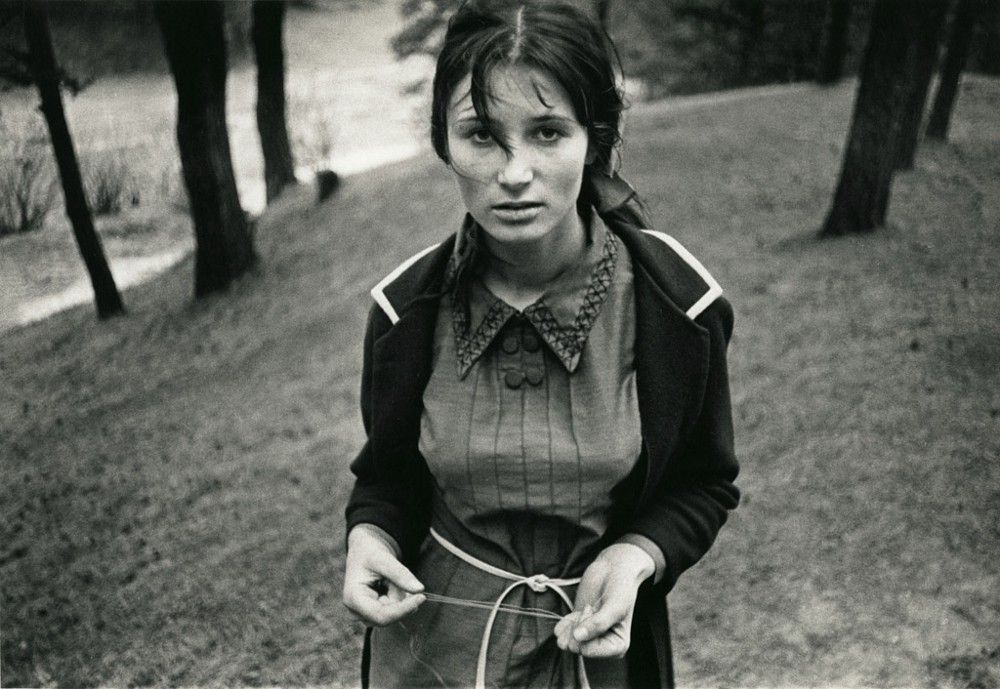 When we were young, I did not realize that we were living something, and now I realize it was history.